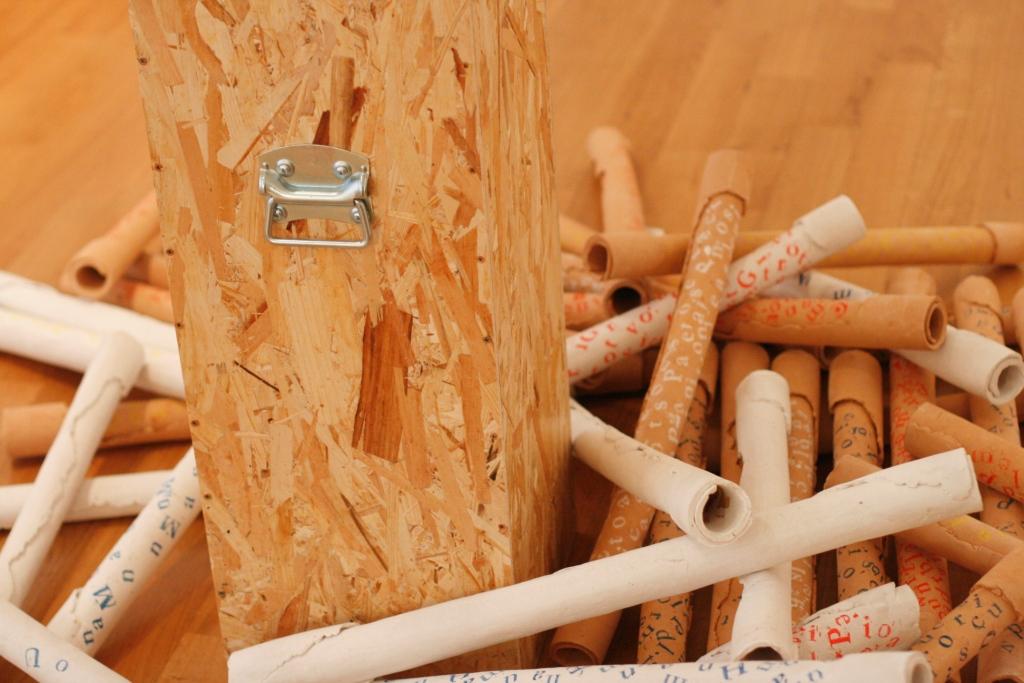 Lost Words
2014.
sculptural installation: 74 terracotta scrolls in 5 wooden boxes, 65-75 × 5-6 cm
The sculptural installation Lost Words is the author’s synthesis on the all-present crisis of culture, language and mankind. Katušić in this work interprets and describes how the ‘words have lost their meaning because man and his authenticity which is tied with nature, determined by free will, are gone and have changed their meaning in the present era of the technosphere’. The scrolls represent the symbol of spiritual knowledge and information, and on them are written words of a possible living value, that is, of virtues. On the scrolls are written a lot of random letters, which if correctly assembled make up a specific word. As long as the letters are so dispersed, we do not understand the language. When a word is formed, we are given its meaning and significance. Some of the scrolls are left empty, suggesting the possibility of intuitive anticipation which cannot be rationally explained. The symbolism of such a concept directs us to the possibility of a renewal of words and language, their meaning and their (new) reality.
Today, when the question of the existence of true personal freedom, conditioned by questionable values, imposes itself, it is more than ever necessary to reach for the term of virtue and its necessary striving. Evoking the aspiration which formed the thought of Antiquity we return to the civilizational foundations, because precisely in the recognition of the primal and archaic viewpoint of all phenomena and things, from which the current age is woven of which we are witnesses, lies true modernity as well as the artistical one. According to the artist’s viewpoint, archaic in this case represents a closeness with the origins, the eternal human code. To reach the intuitive existence and true freedom, it is crucial to become aware of the forgotten truth. The only way to this is the individual one – by learning and diving into the depths of the Self.
Karla Despot

Krešimir Katušić is an academic sculptor born in 1979 in Zagreb. He received his Masters degree in sculpting in 2011 and the Academy of Fine Arts in Zagreb, being tutored by professor Mira Vuce, and a PhD on the same institution in 2021. Also, in 2002 he finished professional education for a sculptor-restoration designer, and in 2005 professional education for a psychodrama co-therapist, whose role he performed for five years within the Mali Dom Rehabilitation Center in Zagreb, in cooperation with which he carried out several socially engaged projects. He held a number of individual and group exhibitions, and his sculptures are located in public places in Zagreb, Vrsar, Bol on Brač and Sirnitz in Austria. His artistic work is introspective in nature, questioning eternal questions and the truth within ourselves and evoking the beginning of human existence in which man and nature coexisted in harmony. 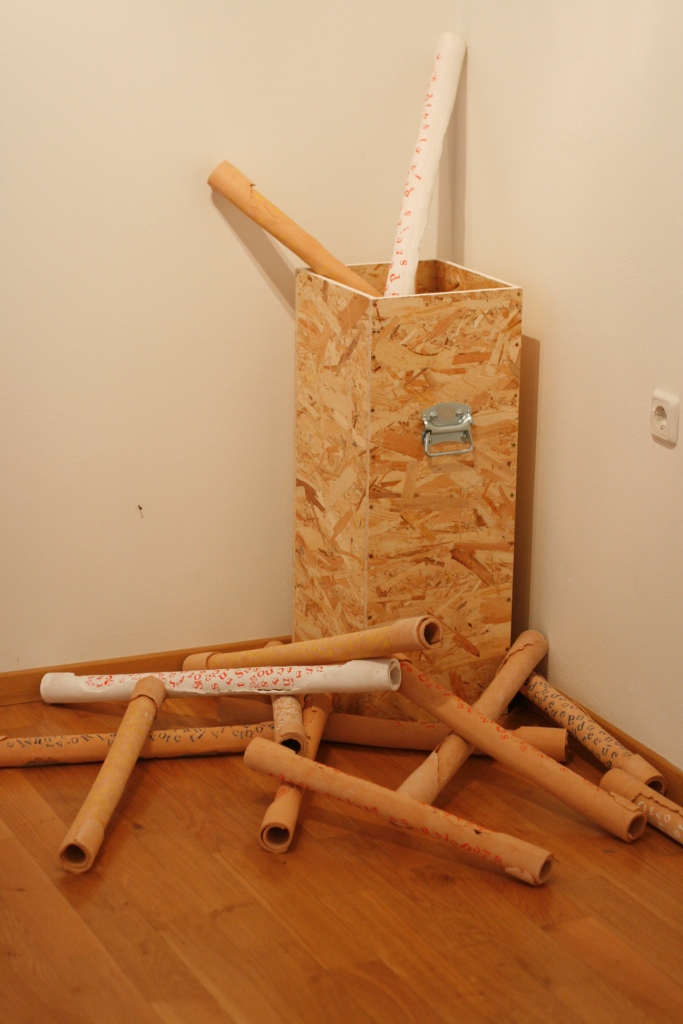 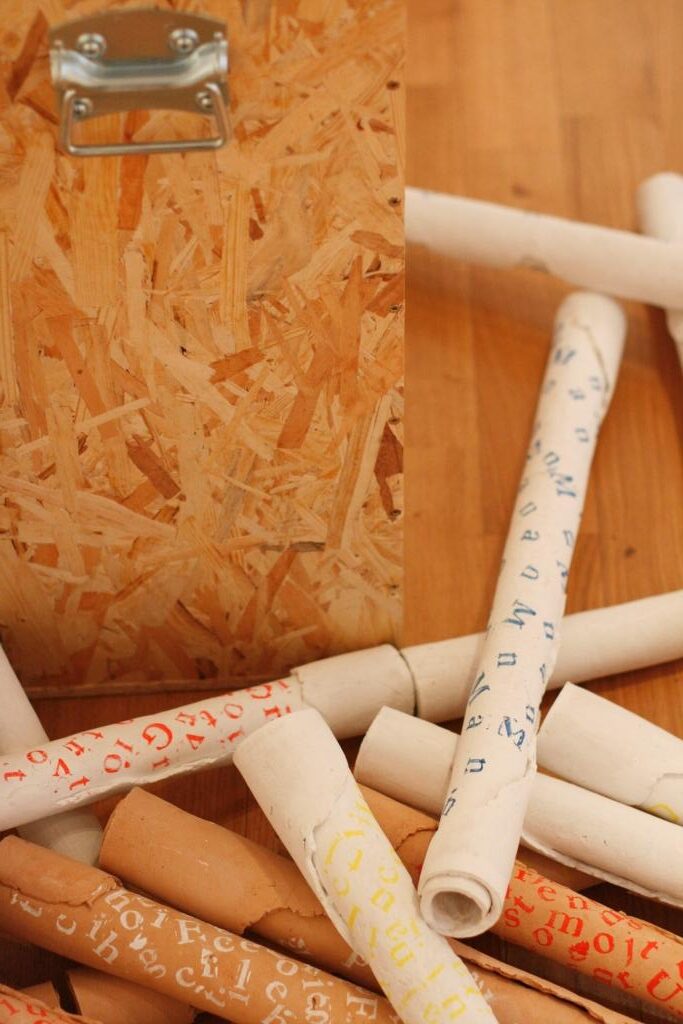 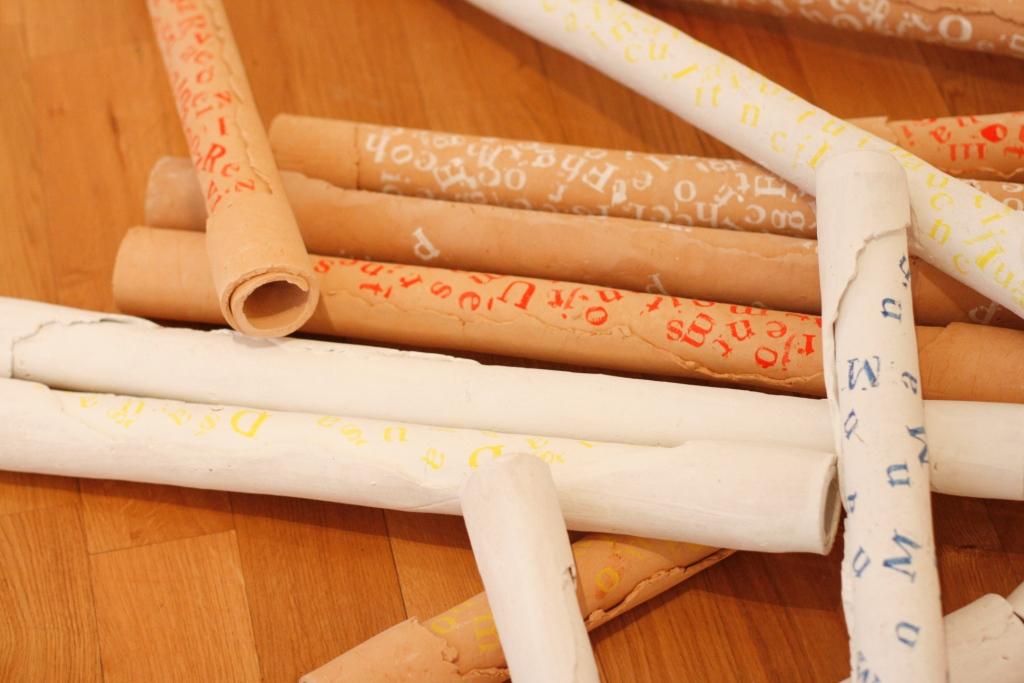 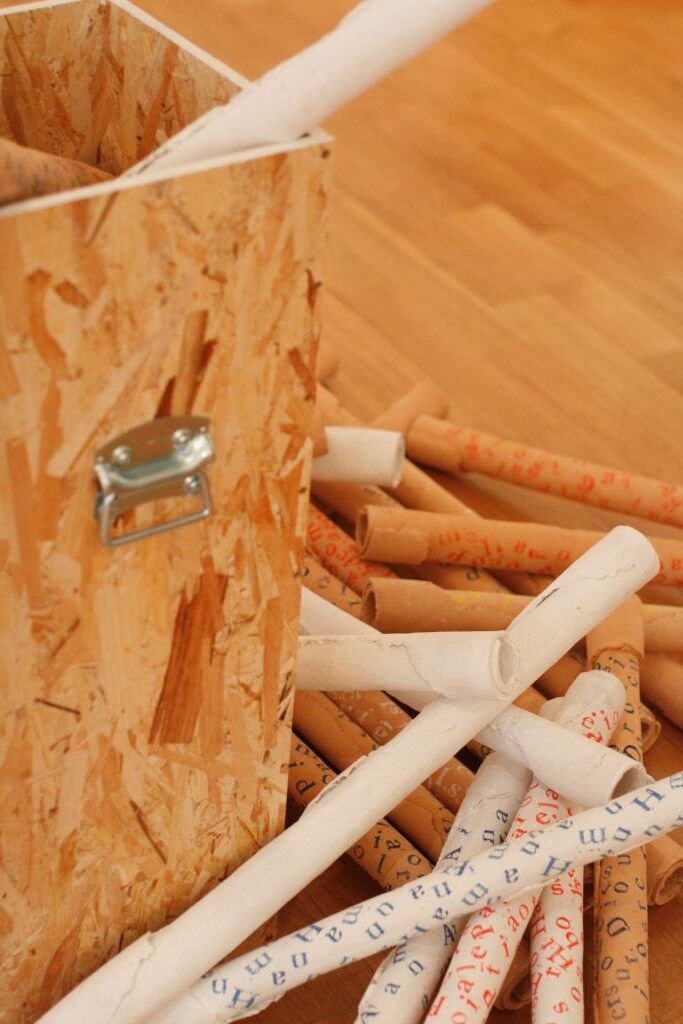