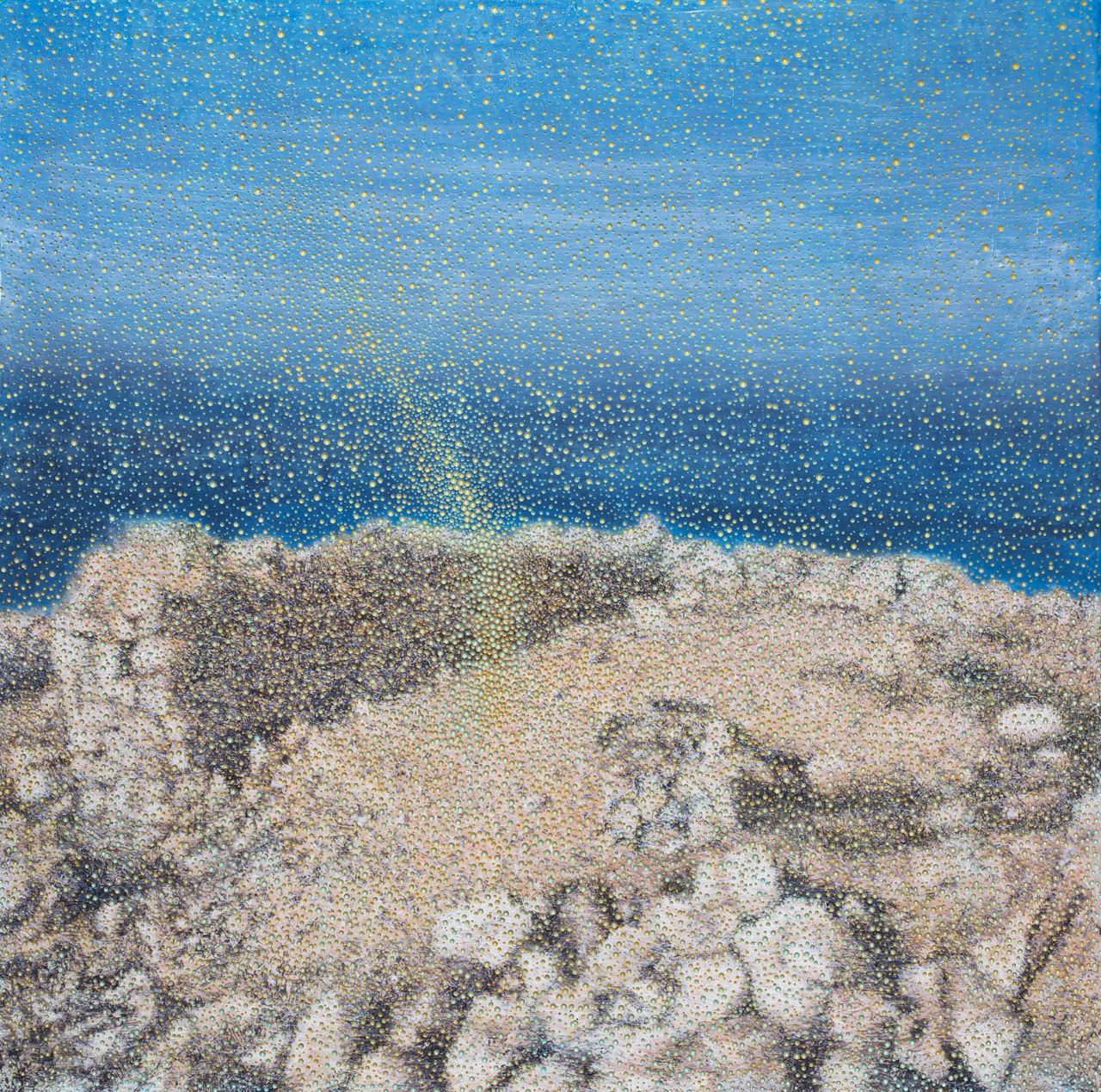 Encaustics (n. 5, 6 and 7)
2017
wax and pigment on board, 100 × 88 cm
The Encaustics series by Mitar Matić is made up of paintings created with the technique of the same name, which consists of mixing pigment with wax. The paintings are based on photographs documenting the activities of a forest, which is why their most frequent subjects are wild animals, seen undisturbed in their natural element. Motion sensor camera allowed the artist least possible interference who, except in setting the camera-traps, had no control over the final outcome of the shot. Such an objective and unobtrusive process of observing and then documenting reality resulted in photographs which served as a template for optically vibrating images. The paintings, therefore, create tension between pictorial illusionism and material surface texture which emphasizes the artwork’s physical presence in the real space of the viewer.
Nikola Zmijarević

Untitled
2022
wax and pigment on board, 140 × 140 cm
Similarly to the paintings from the Encaustics series, this still untitled painting was made by mixing wax and pigment and is a part of a series in progress. The subject is a landscape with a fort above Starigrad near Senj, first captured by a camera and then transferred to the medium of painting. The process of “copying the copy of reality”, thus, creates a mimetic, fictitious scene whose legibility is disrupted by the drilling of the painted layers, which exposes the actual physical matter of the artwork.
Nikola Zmijarević

Mitar Matić is a painter born in 1981 in Rijeka, where he lives and works today. In 2005, he graduated at the Academy of Applied Arts, University of Split, and began a distinguished career in painting. He exhibited at numerous shows across Croatia and abroad. 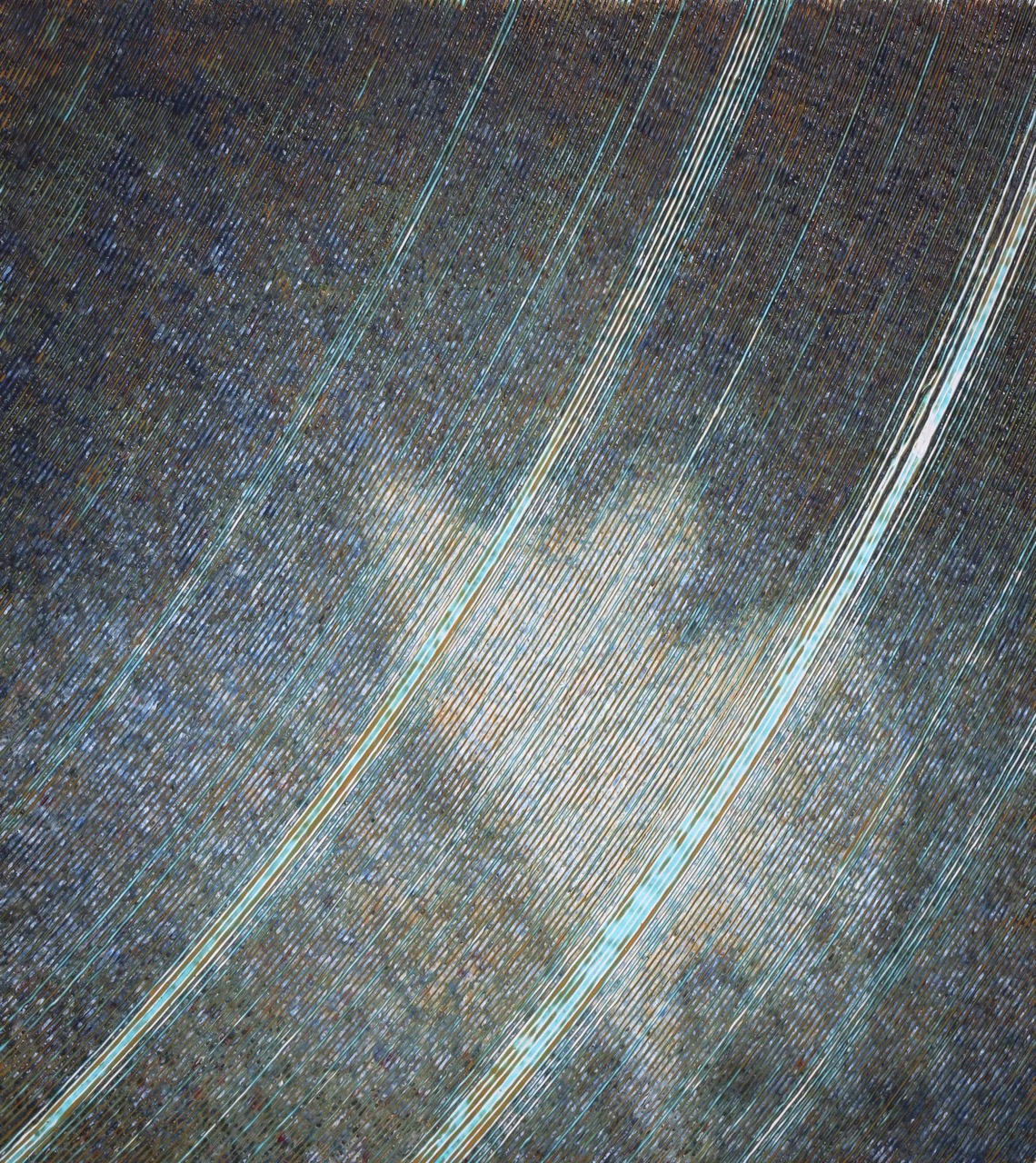 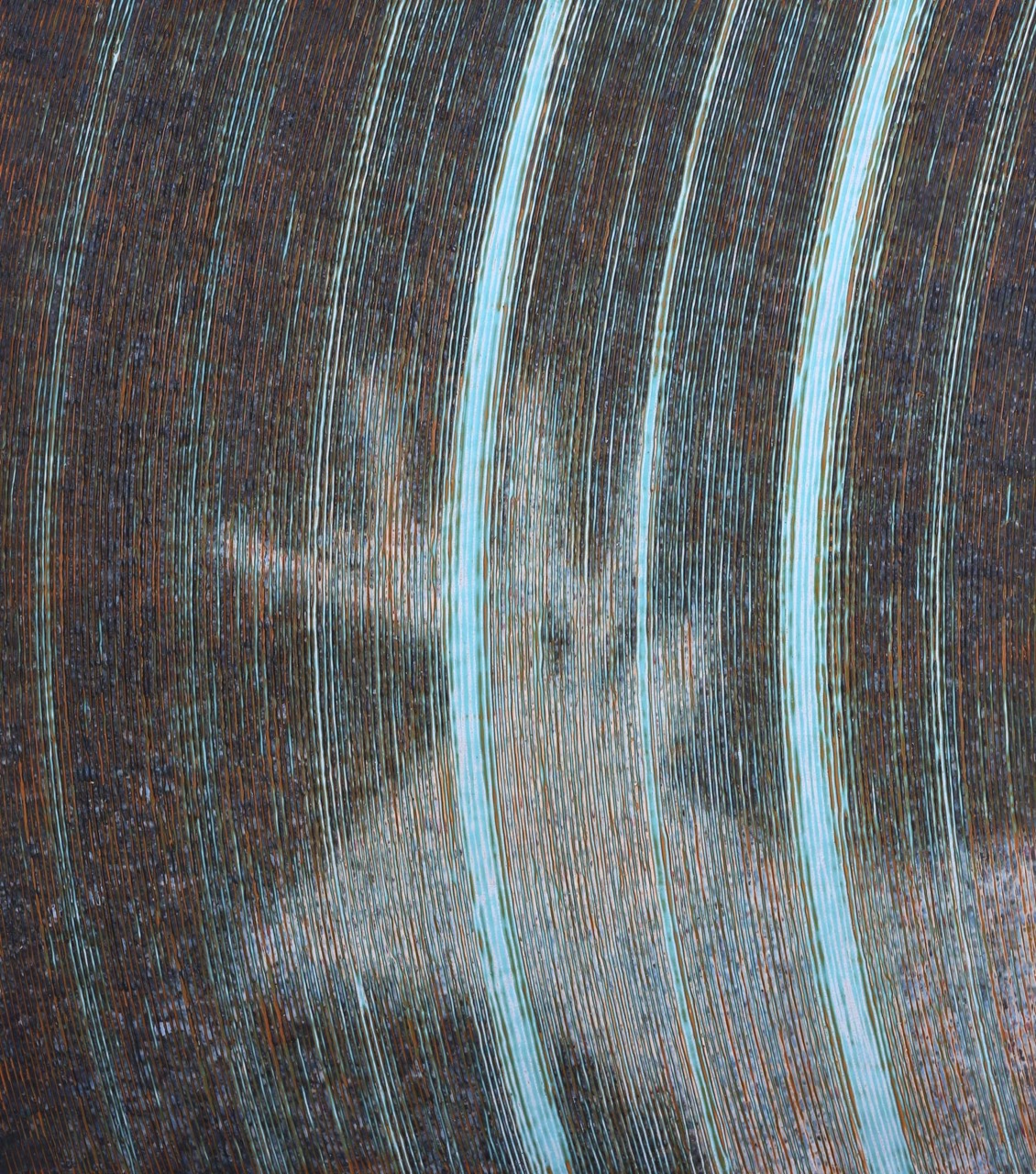 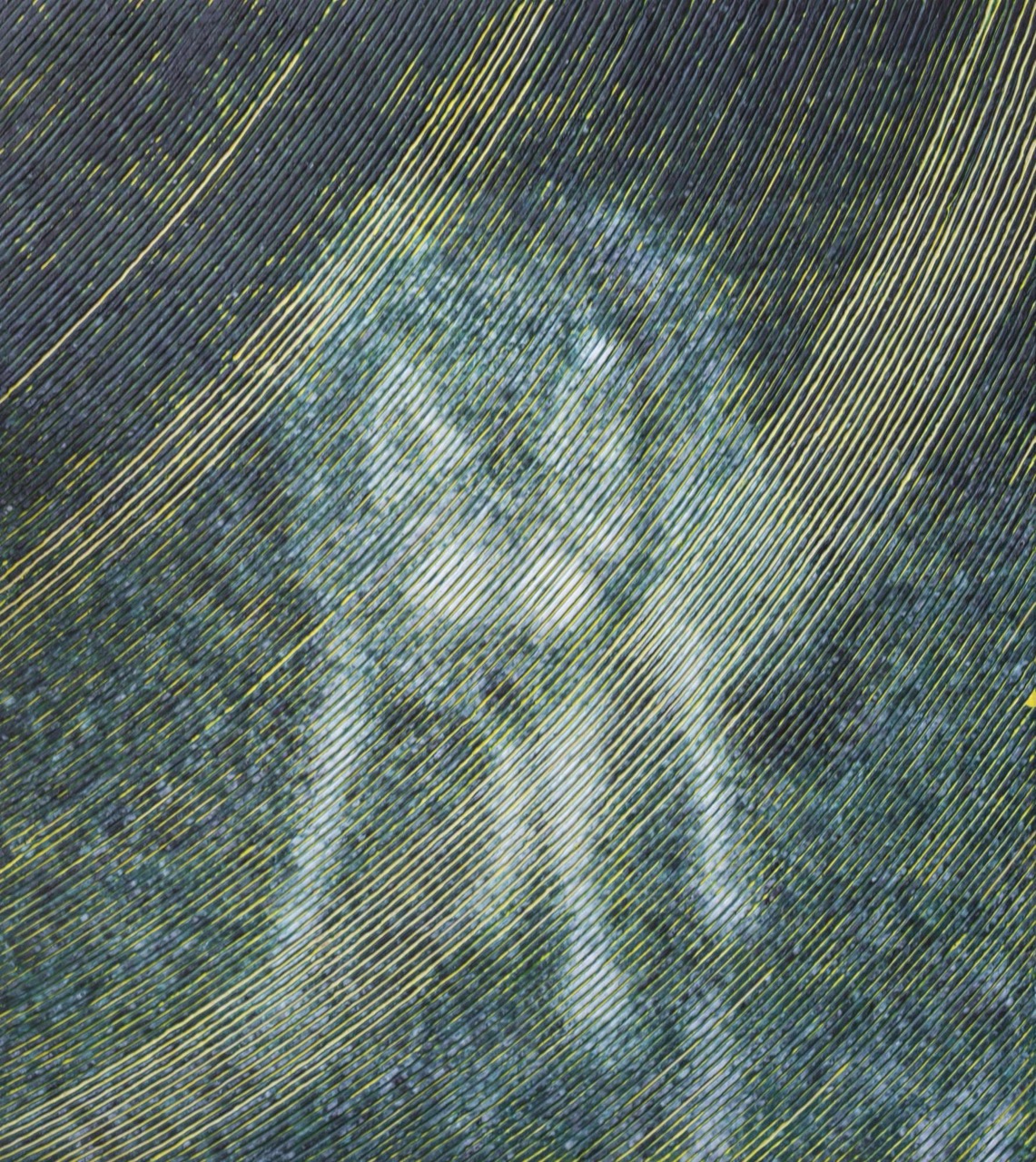 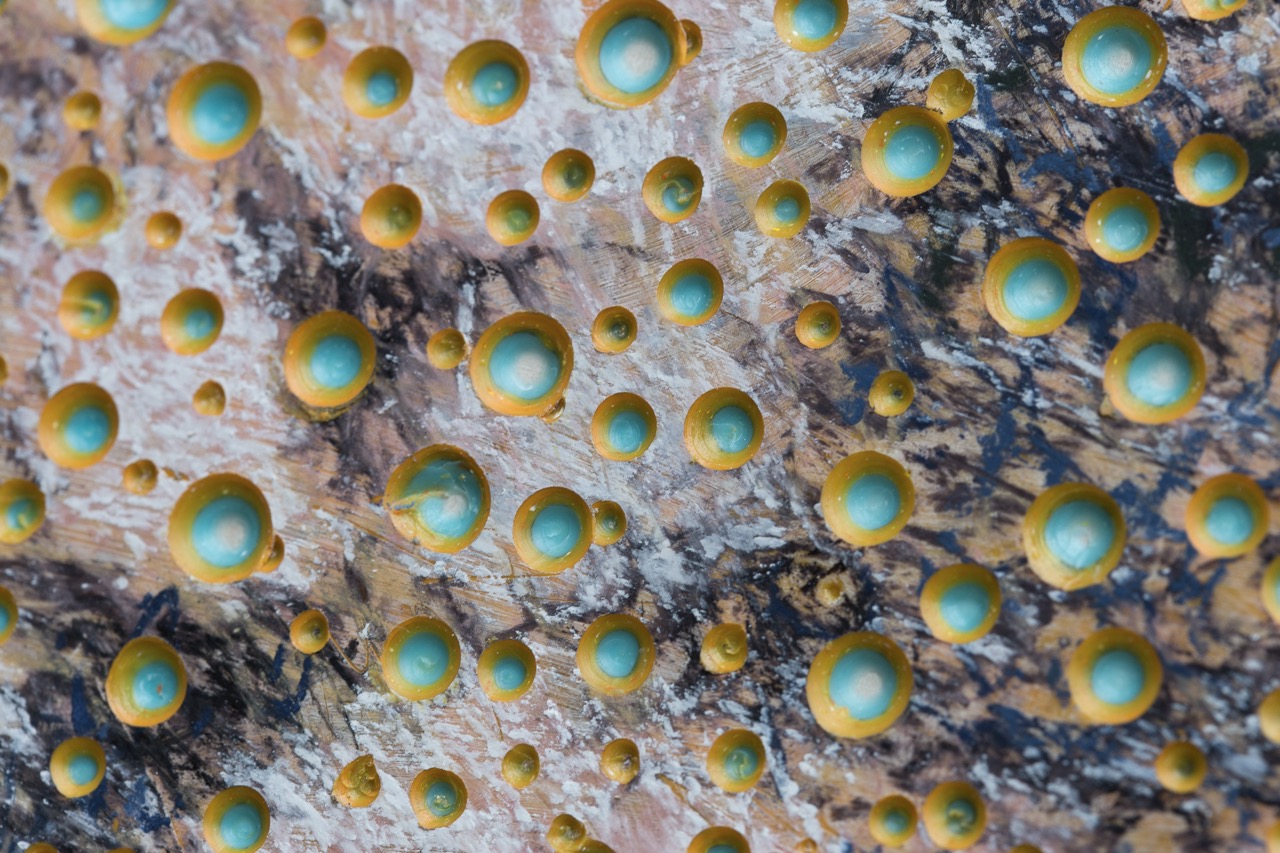