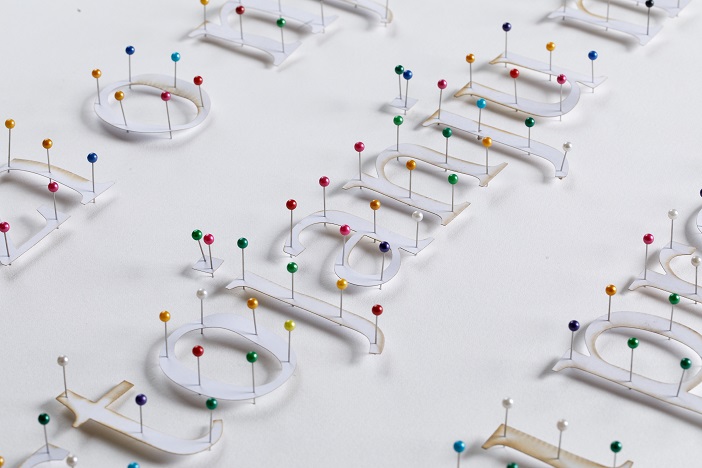 Pricking
2020
paper, wood, hardboard, pins, styrofoam, glass, each 100 x 70 cm
The series of works called Nabadanja (in Croatian, the colloquial expression for speculating, talking unverified information, also an expression for pinning something) deals with the topic of communication and the way it is transmitted. Vedran Perkov separates parts of quotes, scientific reports, and observations, and laser cuts them on paper, letter by letter. He then rearranges the letters into sentences, attaching them with pins to the base, and creates sentences without a definite beginning and end. Placed in this way, the letters not only convey a message but also acquire a visual quality.
The texts are deliberately taken out of their original context and unrelated to each other, which resulted in complete misunderstanding. The observer is left to interpret the meaning for himself. The title of the series itself can be understood in two ways, as a literal description of the works (letters stuck on the surface) and as a colloquial expression for guesswork and assumptions. In this last one, the author is ironic toward such texts and the dissemination of information. They often come from completely unverified sources, even when it comes to scientific conclusions, which later turn out to be nothing more than speculation.
Danijela Pavlinović

Vedran Perkov (Split, 1972) graduated in 2002 at the Accademia di Belle Arti di Brera in Milan. He works as a professor at the Academy of Arts in Split. He is a member of the Croatian Association of Fine Artists in Split. He exhibited at numerous solo exhibitions in Split, Zagreb, Rijeka, Osijek, Poreč, Dubrovnik, Pula, Rennes, Quebec, and Milan and many group exhibitions in the country and abroad. He participated in workshops and artist-in-residence programs in Croatia, Italy, Sweden, Latvia, Algeria, France, Canada, India and the USA. He won the Radoslav Putar Prize in 2007 and the Grand Prize of the 35th Split Salon in the same year. He won the third prize at the T-HT nagrada@msu.hr exhibition for Croatian contemporary art in 2018. He received the Grand Prize of the 13th Triennale of Croatian Sculpture in 2018. In addition to his author’s work, he is active as a curator and organizer of exhibitions, sometimes writing introductions and forewords for the exhibitions of his colleagues and working on installations. His works are represented in the collections of the Museum of Contemporary Art Zagreb, the Museum of Contemporary Art Istria, the Art Gallery in Split, the Art Gallery of the City of Slavonski Brod. He lives and works in Split. 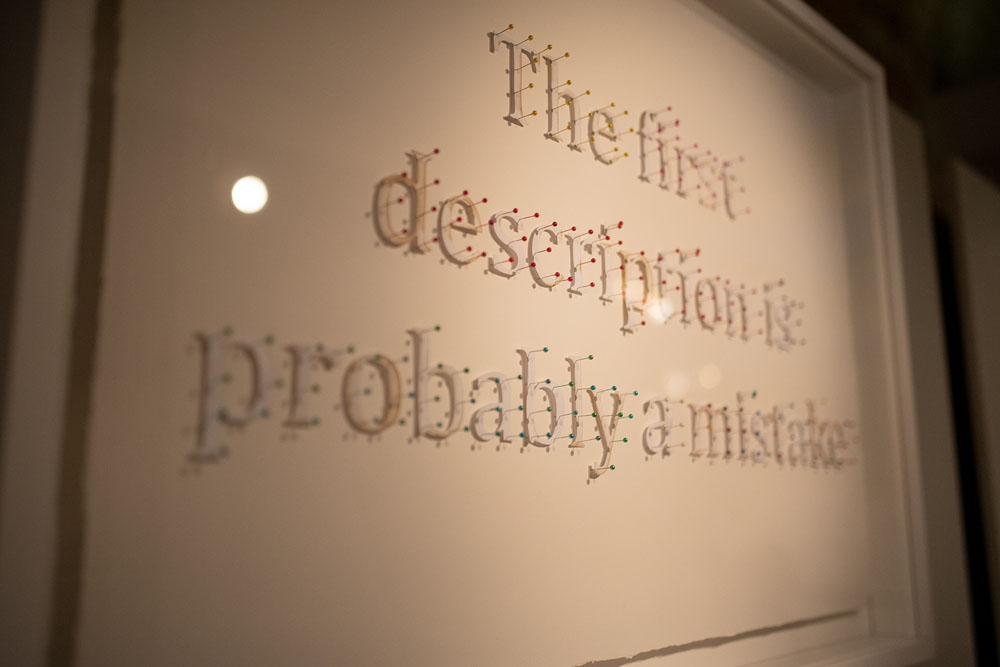 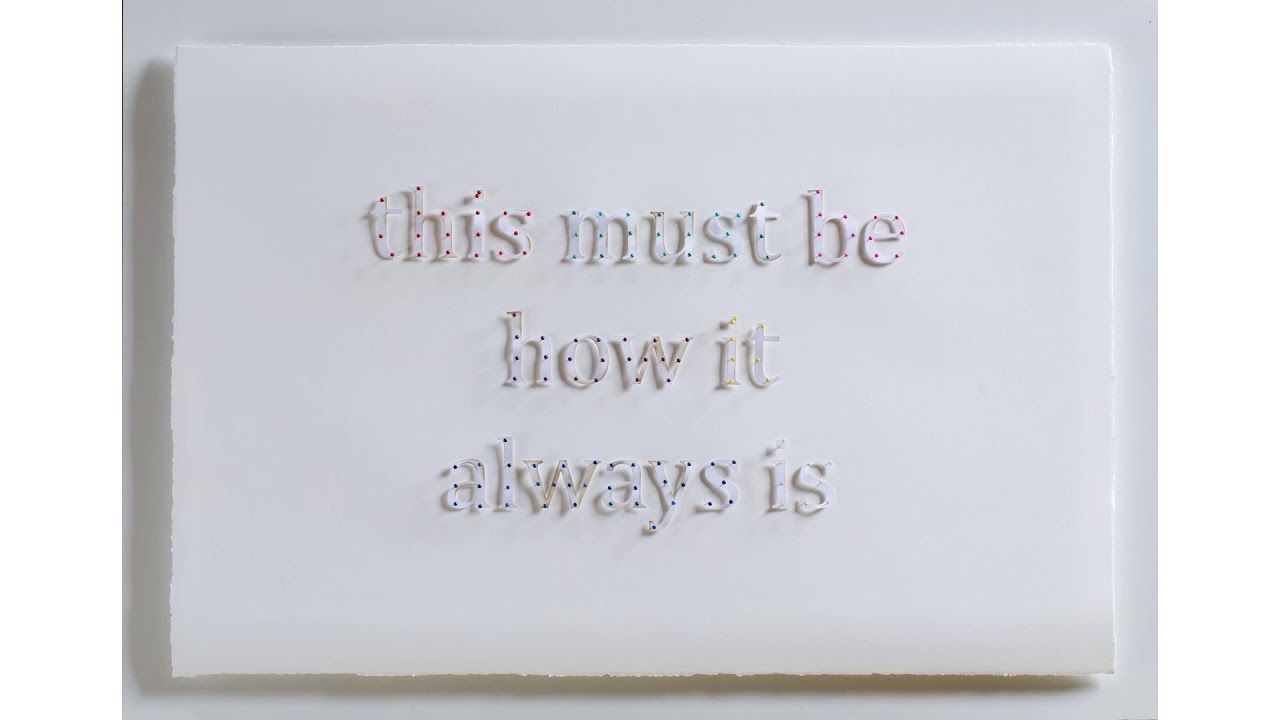